END_OF_DOCUMENT_TOKEN_TO_BE_REPLACED

Last week, it was announced that Lee Hyori would become the new spokesperson for the makeupbrand, Clio. Lee Hyori’s first TV CF for Clio was unveiled today.
END_OF_DOCUMENT_TOKEN_TO_BE_REPLACED 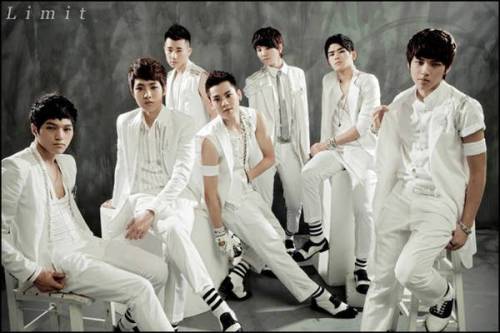 Infinite, who is among the most-anticipated groups in the entertainment industry, filmed their first CF since debuting.

Daum Communication’s social networking service ‘Yozm’ has chosen Infinite as its model, and their bright and talented image was shown in the CF.

‘Yozm’ is a social networking service from Daum that is focused on 10-20 year-olds.

‘Yozm’ opened in February, and within half a year has gained over 300,000 users. Along with Infinite, 4minute, UV, BEAST, T-ara, and other popular celebrities have been using the service to communicate with fans.

Infinite’s ‘Yozm’ CF will be in three episodes, composed of introducing searching, time signals, and Yozm applications. Each member’s different personalities will be put into play in the creation of each part.

In the ‘search’ episode, the Daum search bar is said to have been melted by Infinite’s powerful dance, and the ‘time signal’ and ‘Yozm application’ parts are also gaining high interest.

A Daum representative stated, “Infinite’s freshness, along with the members’ powerful personalities, matches well with ‘Yozm’, so we picked them as our CF models”, “We feel that both ‘Yozm’ and Infinite have been receiving a lot of love from young people, so it will be appealing”.

Infinite released their first mini album ‘First Invasion’ and promoted their title track ‘Come Back Again’, and is now promoting their follow-up song ‘She’s Back’.

The MV Release You’ve All Been Waiting For… SISTAR

SISTAR has released their music video for their endorsement of the popular game Chrono’s Sword.

They released a CF for Chrono’s Sword not too long ago and the full music video is here.

In the video, the girls look beautiful as always as they sing quite a catchy song. From the middle of the video to the end, the girls are singing in a dark area with spotlights shining on them. I think this will boost the popularity of the game because the song is so catchy. Check it out below for yourself!

It was announced that Kim Ji Won is the chosen Big Bang’s Lollipop girl. She already became a hot issue by becoming the #1 searched item on the 8th because of her past CF.

This lucky girl will get to film the Lollipop CF with Big Bang. The identity of this girl had been kept secret for awhile to create suspense and they even covered her face with a huge lollipop in a photo to build suspense.

People recognized her from her old CF and this garnered a lot of attention for her.

Have a look at her previous CF:

Summer is coming and you know it’s hot! But what can be hotter than the girls of SNSD and guys of 2PM actually stripping…for a water park commercial?

Check out this mega hot CF teaser featuring SNSD’s Yoona, Seohyun, and Yuri and 2PM’s Nickhun, Taecyeon, and Chansung. Get a taste of what summer is all about!

Hottie overload! A tease won’t hurt anyone right? Six member 2PM have joined forces with SNSD for a Carribean Bay CF and mind you – its getting steamier.

Idol groups’ 2PM and SNSD try to convey to the fans that summer is definitely fast approaching and guess what, we’re splurging at the bay – Everland Resorts Carribean Bay Water Park to be exact. The boys, as well as the girls, are lookin’ all sorts of sexy in the locker room – ala Baywatch style. Just check out the photos below and just so you know, its all about Yoona for now.

Did you even blink? Or did you have this feeling that you just want to drown yourself in the pool so you can be saved by them!? But the real question is: are you ready for the Full CF?

And the beastly idols continue to reign the CF world!

Even before their comeback, commercials starring 2PM have flooded the TVs and now, there’s not much difference. 2PM has even released solo commercials like fellow member’s TaecYeon. It seems that they don’t stop and can’t stop with the CFs. 2PM has released the “It’s Skin” CF. The commercial shows the dorky sides of each member as they relate experiences involving the sunblock.

Kim Hyun Joong: “I Don’t Wear Clothes When I Sleep” 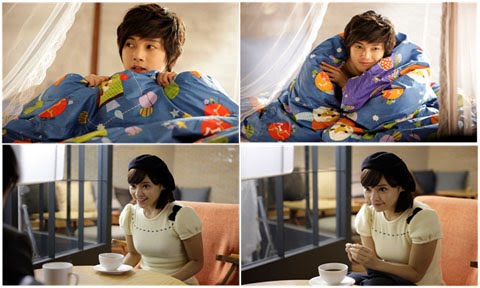 “I don’t wear clothes when I sleep” (Kim Hyun Joong)
“I never get rejected during blind dates?” (Hwang Jung Eum)

The recent “hottest” stars, Kim Hyun Joong and Hwang Jung Eum have gained the attention of netizens with the confession of their secrets.

They showed a different image in a recently released CF, revealing part of their unknown personal life. Especially where Kim Hyun Joong shyly confessed “I don’t wear clothes when I sleep” and took out a pink innerwear from beneath the blanket, and Hwang JungEum’s normal self-conceited concept where she is in a blind date hoping not to be rejected saying “I never got rejected before”, the teaser commercial has became a hot issue as soon as it was aired and gained a lot of focus from fans and netizens.

Netizens who learnt of the commercial responded “What is this CF?” “Kim HyunJoong’s pure and clean image queerly matches well with the sly acting” “Hwang JungEum’s look on wanting to get chosen during ablind date touches me” There is an explosion of interests in these 2 models.

Not only that, Kim Hyun Joong and Hwang Jung Eum improvised their pure expression on top of the lines that were given to them at the CF filming venue.Blind date bomb (failure) girl’s true color give-away, etc, a diverse impromptu improvision was made to each of their characters, it was said that it made laughter and awed the people.

The CF which Kim Hyun Joong and Hwang Jung Eum’s secret confessions were the talk of the town, is Samsung Card’s ‘Why Not’ campaign.

This campaign’s CF content is about how Samsung Card can support and help people on the thing that they want to try to do. Stories of things around us that we are concern with and wish for are being materialized and stimulate a bond of sympathy.

In the CF, rock band who wish to perform, supporting actor who doesn’t have a line of his own despite acting in a movie, toddler who wish to quickly learn how to walk, wrestler who wish to be welcomed at a buffet restaurant, etc, shows the wishes which the people hope to achieve.

Together with this ‘Why Not’ campaign, there are more stories to be released such as Harisu who hasn’t seen any female prettier than herself and Kim GunMo hasn’t made a choice for himself before.